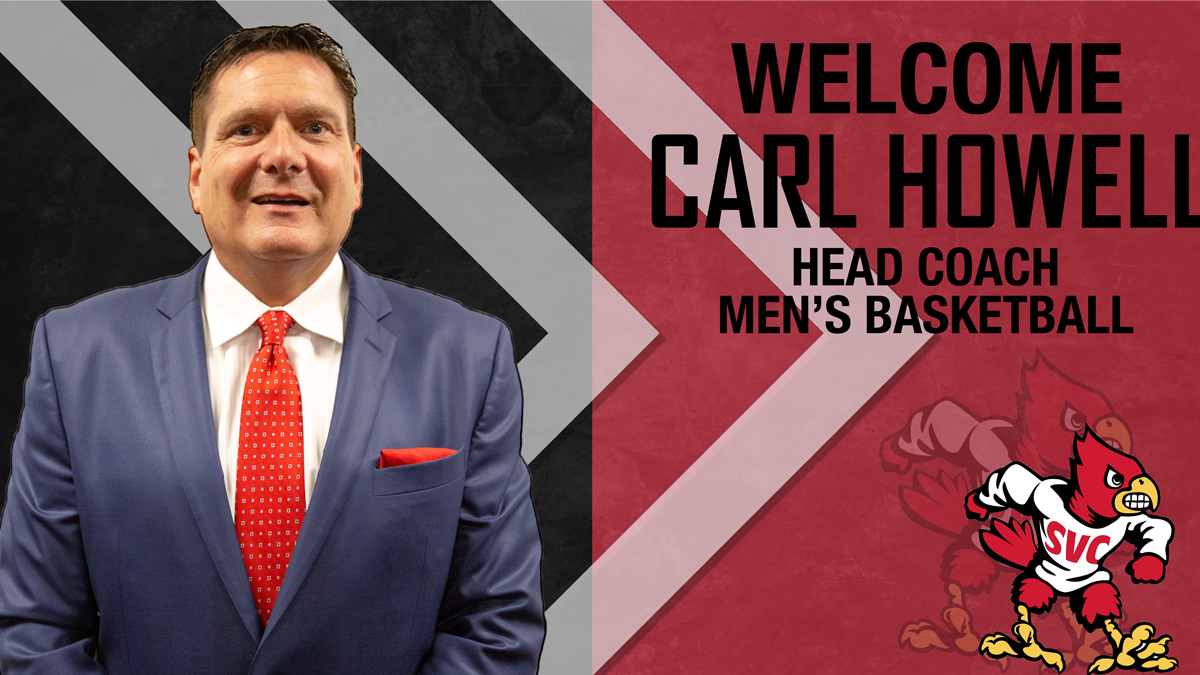 The Skagit Valley College Athletic Department is pleased to announce that it has selected former SVC basketball player Carl Howell as Men’s Basketball Head Coach. He began working with the Cardinals on July 22 in preparation for the 2019-20 season. In addition to his coaching duties, Carl will help SVC students with their academic planning.

“I am truly honored to return to my alma mater. Skagit Valley College is a very special place with great leadership,” said Carl. “I would like to thank SVC President Keegan, Vice President for Student Services Claire Peinado, Vice President of College Advancement Anne Clark, and Athletic Director Steve Epperson for the opportunity.”

Carl attended SVC in 1984 and 1985 and played for NWAC Hall of Fame coach Dave Quall and he was a teammate of former NBA player David Wood. Currently, nine of Howell’s former players or assistants are college coaches, including four at the NCAA Division 1 level.

Most recently, Carl served as an assistant coach at the University of Puget Sound for the 2017-18 season and helped lead the Loggers to a 18-8 record.

Throughout his career, Carl Howell has coached many highly successful men’s basketball teams at the community college and university levels. Among the highlights, he was the most-winning Northwest Athletic Conference (NWAC) men’s basketball coach by percentage (77%) 363-109 when he left the Tacoma Community College Titans in 2013. His winning percentage was second only to Gonzaga’s head coach Mark Few. Carl led teams to two NWAC Championships in 2002 and 2012 as well as a 2nd place finish in 2001. In addition, his teams won six NWAC West Region championships. Carl’s last 11 teams have won 21 games or more and advanced to the Elite 8 or better. He was also selected as the NWAC Coach of the Year twice and was the Western Region Coach of the Year six times. While coaching at Eastern Washington University from 2003-07, Carl helped guide the Eagles to the Big Sky Conference Championship and advance to the National Collegiate Athletic Association Tournament. In addition, he coached the Central Washington Wildcats from 1989-92 and guided them to a fifth-place finish in the National Association of Intercollegiate Athletics Tournament in 1989.

“Carl Howell brings a great history of coaching success to the Cardinals and we are looking forward to his winning tradition at SVC,” said Athletic Director Steve Epperson.

Skagit Valley College is a member of the Northwest Athletic Conference (NWAC), which consists of two-year colleges in Washington, Oregon, North Idaho, and one school in British Columbia.

Stay connected with the Cardinals

You have Successfully Subscribed!