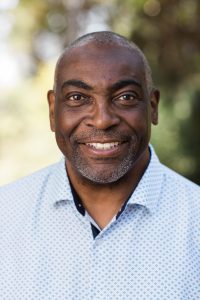 Ozell Jackson III has been appointed by Gov. Inslee to the Skagit Valley College (SVC) Board of Trustees and will serve from Oct. 2021 through Sept. 2026.

“Ozell’s passion for helping Whidbey Island’s community diverse community achieve homeownership, financial literacy, and economic prosperity will enhance the Board’s leadership and community connections,” said Dr. Tom Keegan, SVC President. “His insights will be valuable as the Board focuses its strategic direction to support the college’s core themes of equity in access, achievement, and community.”

Jackson was raised in Oak Harbor, Wash. After high school, he left his hometown to attend the University of Washington, and later returned to Whidbey Island with his family in 2013. For the past 30 years, he has worked as a financial literacy advocate in the mortgage industry to help under-served populations, including new emigrants and refugees. In addition, he is actively involved with the  Opportunity Council, the Island County Economic Development Council, and Homebridge Financial Services.

The Skagit Valley College Board of Trustees consists of five members, all of whom are residents of Skagit, Island, or San Juan counties and are appointed by the governor and confirmed by the Washington State Senate. Jackson replaces Christon Skinner, who recently completed nine years of service on the Board.