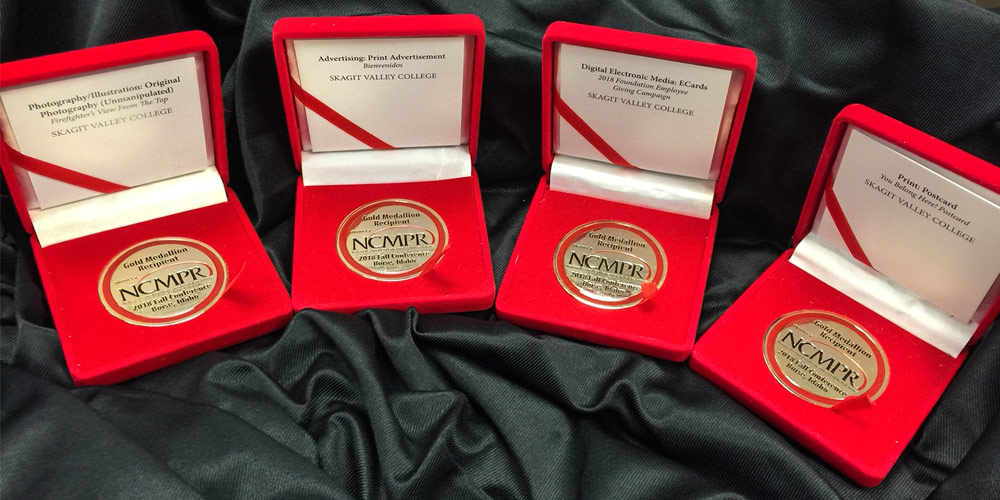 Kudos to the Skagit Valley College Marketing and Communications team! They recently won nine marketing and public relations awards at the National Council for Marketing and Public Relations (NCMPR) District 7 fall conference, held in Boise, Idaho. The SVC team were honored with the following awards:

In addition to winning nine Medallion Awards, SVC Marketing and Communication Office is competing in the national NCMPR Paragon Awards, which will be announced in March.

About the NCMPR organization:  NCMPR has more than 1,550 members from more than 650 colleges across the United States, Canada, and other countries. District 7 consists of community and technical colleges in Alaska, Idaho, Montana, Oregon, Washington, and the Canadian provinces of Alberta, British Columbia, Saskatchewan, and Yukon Territory. The Medallions are the only regional competition that honors excellence exclusively among public relations and marketing professionals at two-year colleges.