Skagit Valley College’s Class of 2022 walked across the stage for their diplomas, degrees, and certificates last week in-person for the first time since 2019. SVC proudly celebrated the 95th graduating class with in-person ceremonies at the San Juan Center on June 15, Mount Vernon campus on June 16, and Whidbey Island Campus at Oak Harbor High School on June 17.

SVC awarded a total of 1,108 degrees, certificates, and diplomas at its 95th annual commencement celebration to graduates ranging in age from 17 to 66.

Graduates from 2020 and 2021 were also invited to participate in the 2022 commencement ceremonies since SVC held virtual ceremonies for those two years.

“I am both inspired by our graduates, who faced unprecedented challenges the last two years, and excited about their futures, as they have proven that they can prosper together in a diverse society, by nurturing a respectful, thoughtful environment,” said Dr. Tom Keegan, SVC President.

The ceremonies at both campuses featured the SVC Showcase Singers and the Keith Highlanders Bagpipe Band. The Skagit Community Band and the SVC Mariachi Band performed at the Mount Vernon ceremonies. The Okinawa Kenjin Kai drum group of Oak Harbor performed at the Whidbey Island ceremony.

At the Mount Vernon campus ceremonies, Ana Rivas, Mount Vernon campus’ Vice President of the Associated Students of Skagit Valley College, addressed the graduates. She is the 2022 Lewis Award recipient, a 2020 “Rising SWAN” recipient from the Skagit Women’s Alliance and Network (SWAN) for her community contributions, completed the Latino Leadership Institute, and is a Leadership Skagit graduate. Rivas, a first-generation college student, graduated with her Bachelor of Applied Science in Applied Management and plans to pursue a Master’s degree at the University of Washington this fall.

Hannah Winstead, Whidbey Island Campus President of the Associated Students at Skagit Valley College, addressed graduates at the Whidbey Island campus ceremony. Winstead was nominated for the 2022 Yates Award and is well-known as an inclusive leader on campus. She received an Associate in Biology DTA/MRP and has plans to attend the University of Colorado in Denver to study biology. She aspires to become a medical doctor and research new diseases. 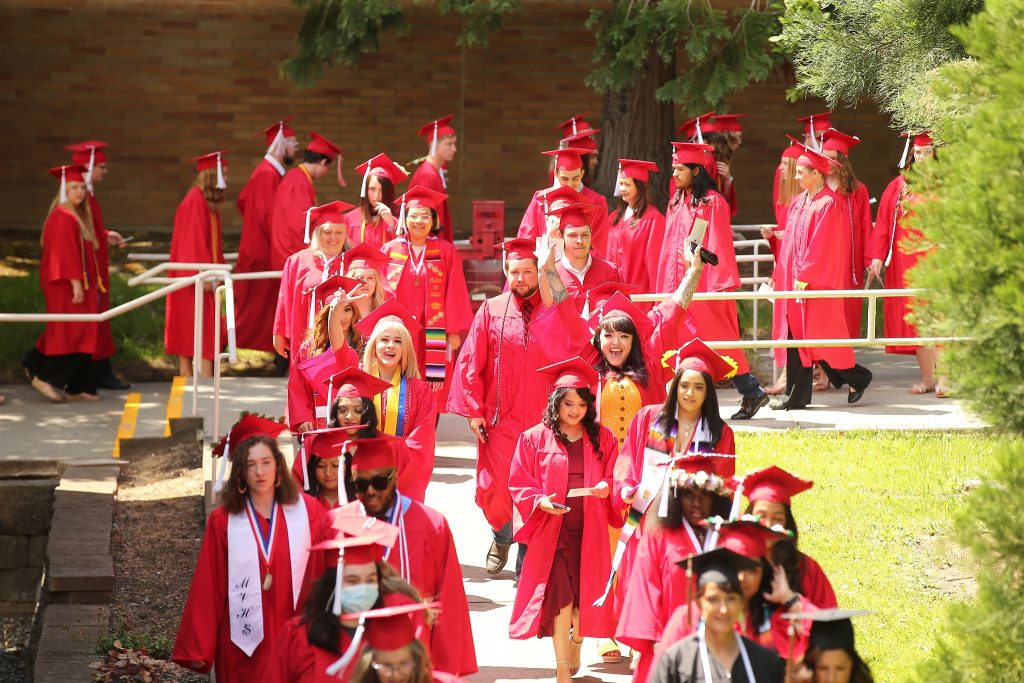 About the SVC graduating class of 2022: