With many family members and friends in attendance, Skagit Valley College (SVC) Whidbey Island Campus celebrated student achievement at the College’s 62nd Annual Honors Reception on June 5th at the Oak Harbor Elks Lodge. Between the Mount Vernon and the Whidbey Island Campus ceremonies this year, over $450k in scholarships were awarded to SVC students. In addition, many departmental and club awards were presented.

Dr. Tom Keegan, SVC President, and Dr. Laura Cailloux, Vice President of the Whidbey Island Campus and Centers, awarded the President’s Medal to seven students for their outstanding academic achievement. To qualify, each recipient must be a graduating sophomore, have all A or A- grades, and have attended SVC for at least three quarters. President’s Medals were awarded to Cynthia Benitz, Elizabeth Brewer, Brenden Darnell, Reilly Pena, Jennifer Pinch, Gabriel Quinn, and Tiaralyn Torr.

Elizabeth Brewer was recognized for her leadership and service as the Associated Students of Skagit Valley College (ASSVC) President for the Whidbey Island Campus. 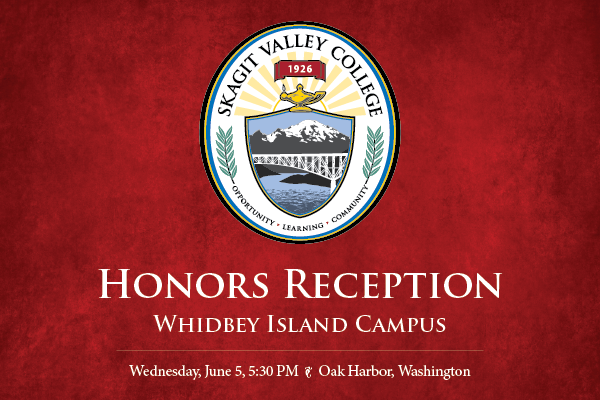 This year, two exceptional students were nominated for the Yates Award, the highest award bestowed at the Whidbey Island Campus. Named for the former admiral and commanding officer of NAS Whidbey who was instrumental in working with SVC to secure property for the Whidbey Island Campus, the Yates Award honors a student who has demonstrated outstanding leadership, community service, and academic achievement.

The Yates Award recipient this year was Desirae Bradley. Among her many accomplishments at SVC, Desirae served as ASSVC Treasurer. As an officer, she chose a project that is a concern for many college students: food insecurity. Through her efforts, a food pantry was established for SVC students and she also coordinated several food drives to help provide students with access to fresh fruit, staples, and toiletries. In addition, Desirae has been a leader in the Student Life office, providing program and event ideas, a staffing schedule, and energy for whatever needed to be accomplished. Desirae hopes to pursue a neuroscience degree next fall.

Yates Award nominee Christian King joined the ASSVC this year as a student representative and hit the ground running. He met with all first quarter experience classes to invite new students to join Student Life, offer advice for their success, and serve as a “go to” person should they have any questions. In addition, he worked with the Basic Education for Adults classes this spring. As a class volunteer, he worked one-on-one with students to mentor and encourage them and began a volunteer program for all students. Chris is pursuing his Nursing prerequisites and plans to become a registered nurse.

Carol Huber started the South Whidbey Center at Bayview many years ago and served as the first director of the Center. The Carol Huber Award is awarded to a South Whidbey Center student who has shown academic scholarship and exceptional achievement. This year’s award, along with a $300 scholarship, was presented to Tristan Campbell. Because of his hard work and success, Tristan was asked to join the Phi Theta Kappa Honor Society. In addition, he earned the Presidential Volunteer Service Award for his years of work at the M-Bar-C Ranch, an organization that works with disabled children. He has also been active in 4-H and has held multiple leadership positions within the organization.

Scholarships awarded that evening include:

Faculty members nominate and select the outstanding student from each college department during the spring. Each selection is based on outstanding course work, intellectual pursuit and extra effort in that department.

Awarded to graduating sophomores who have maintained a 3.90 or 4.00 GPA as of Winter Quarter with no I or Z grades in course work over the 100 series. Credits received only within the last five years will be considered towards the GPA; all transfer credits used to meet degree requirements must also be A+’s or A-‘s and the student must have attended SVC for a minimum of three quarters.

Each year outstanding students from the Whidbey Island Campus are selected through a nomination process and are reviewed by a student, faculty, and staff selection committee for the Yates Award. 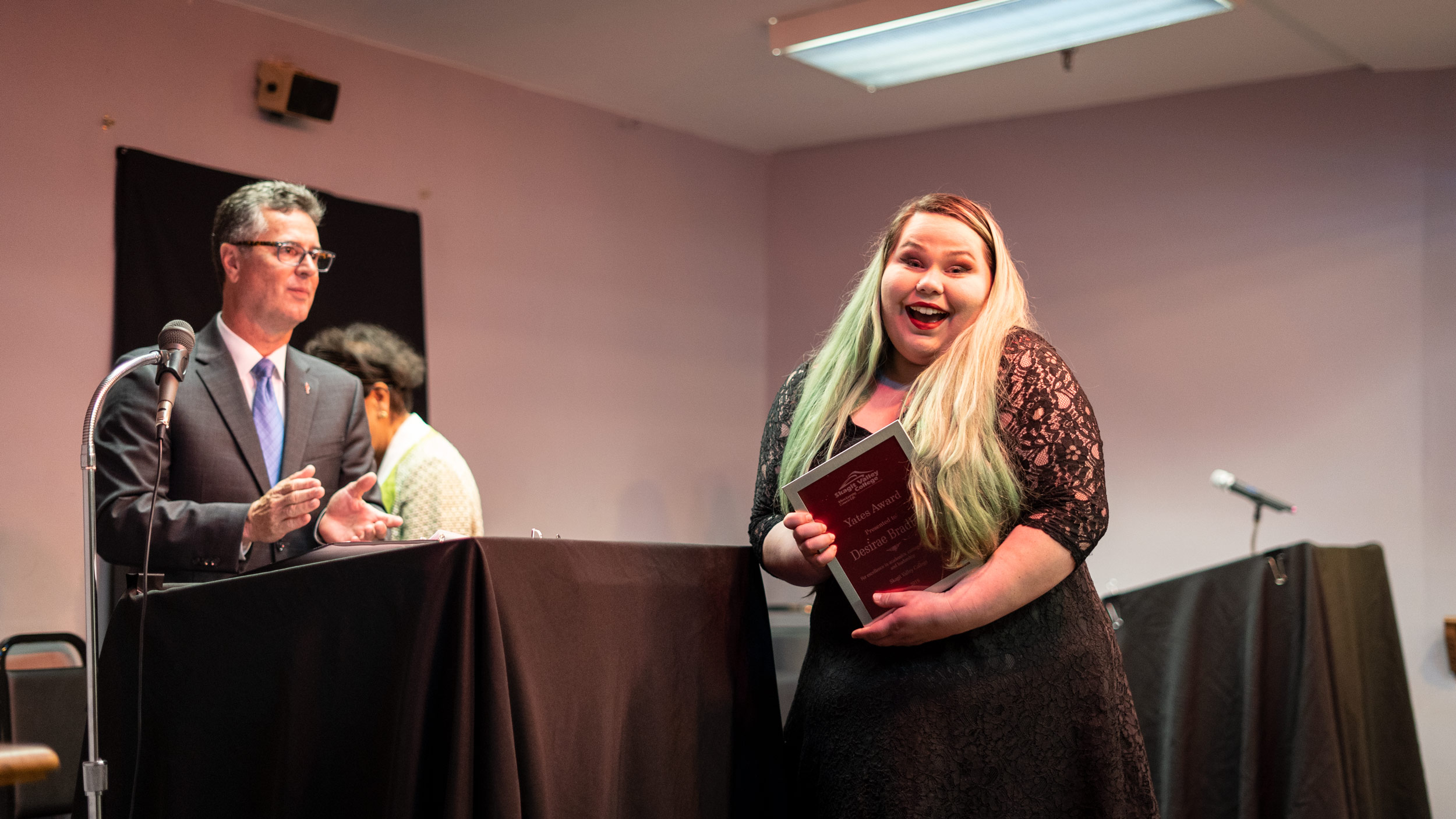 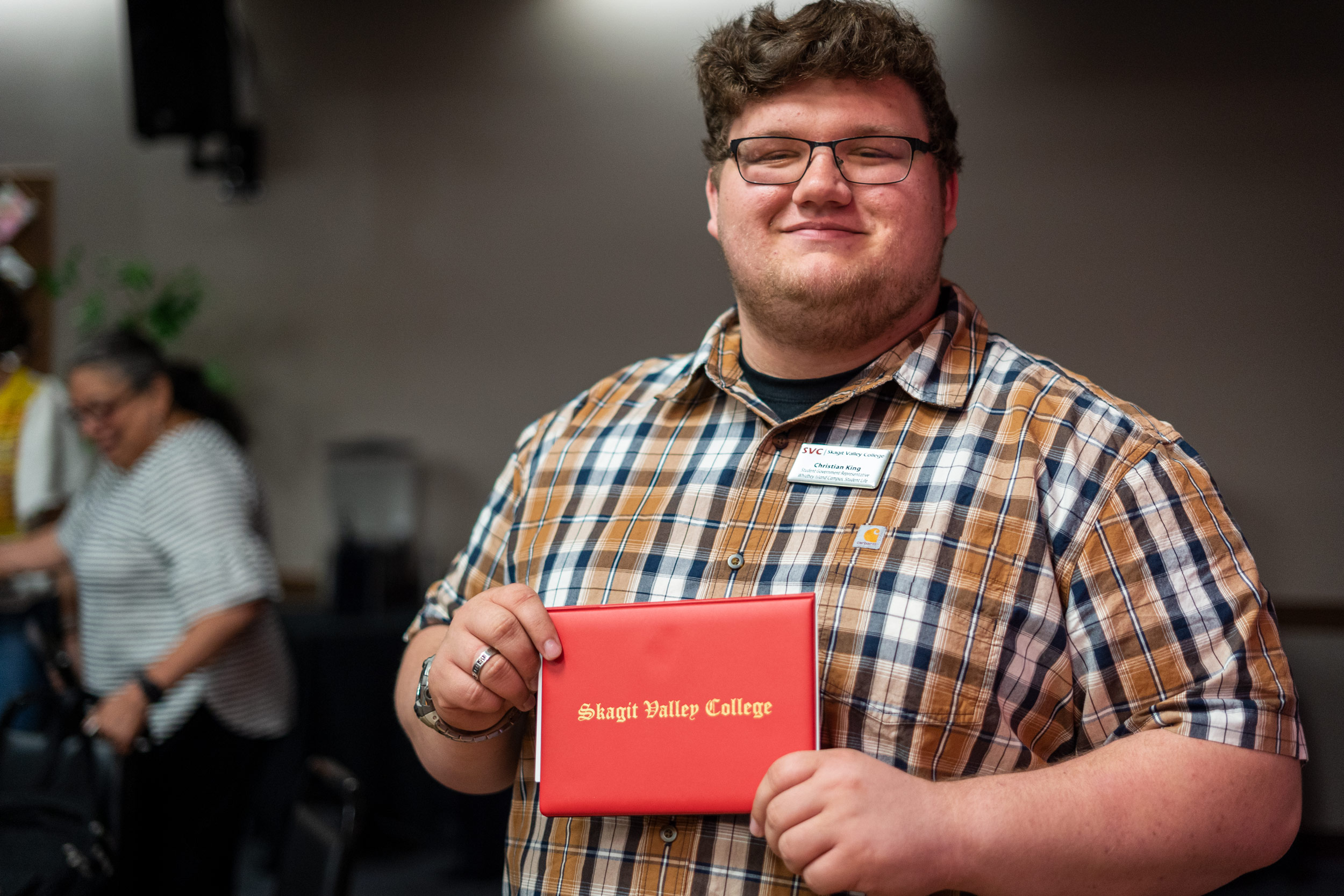 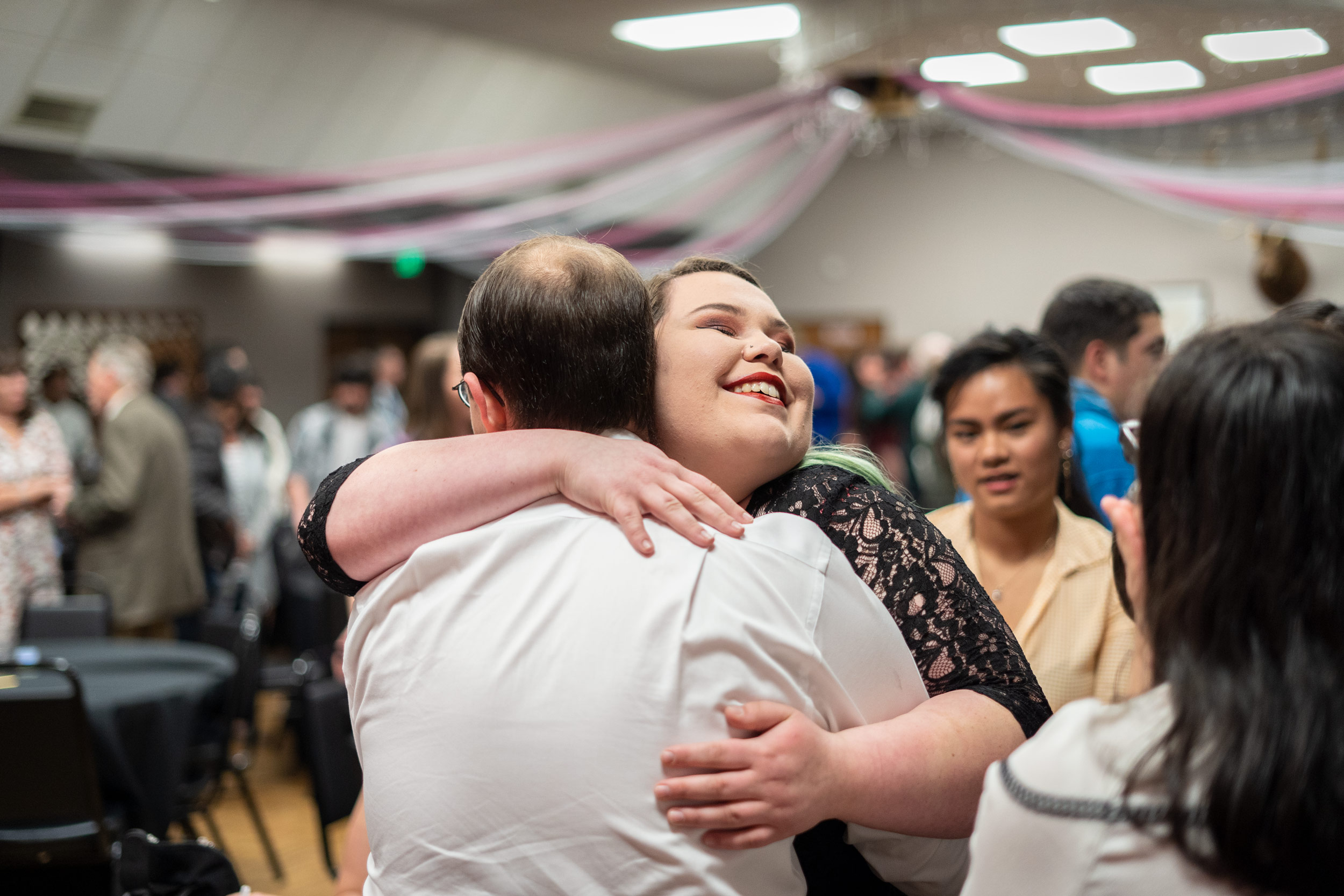 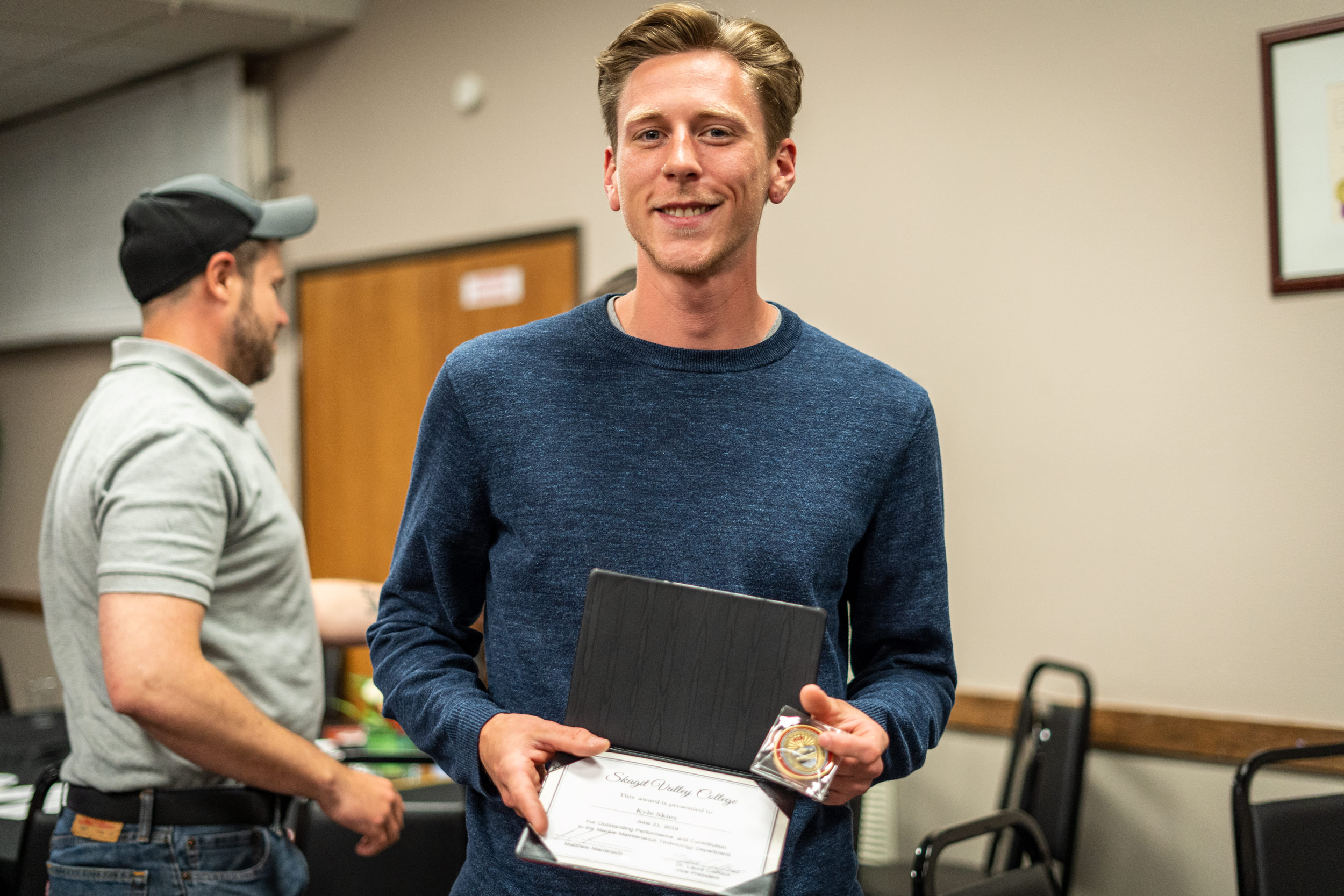 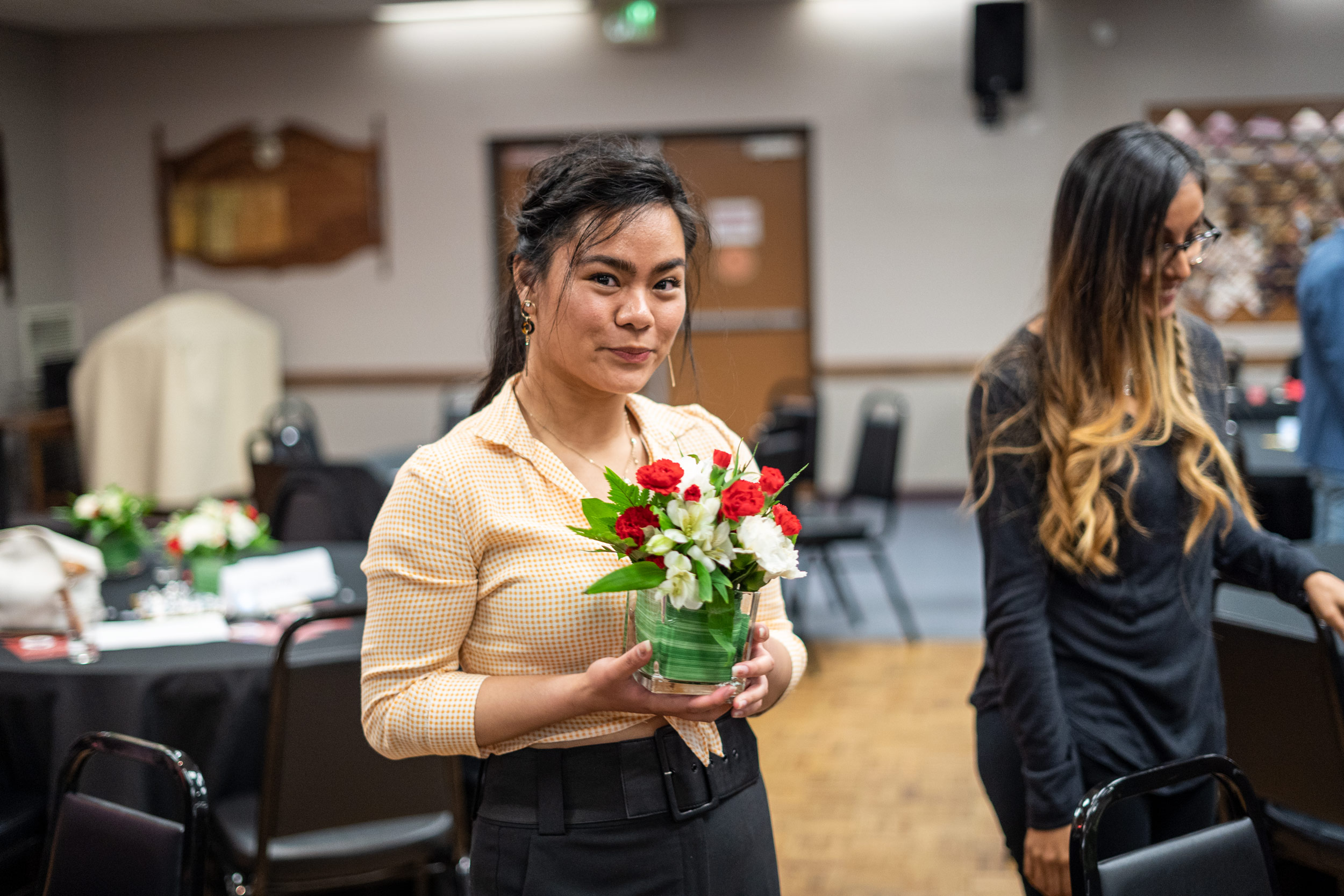